Crusader Industries, headquartered (on the planet it owns Crusader) in the Stanton System, is the United Empire of Earth’s premiere passenger/freight transport development company. Crusader designs are produced in the Stanton System but are a common sight throughout the galaxy, ubiquitous in both private enterprise and military support roles. The LH307 Genesis is Crusaders’ mid-range passenger spacecraft, which has found success in a variety of roles around the galaxy. Crusader produces a number of other civilian spaceframes, ranging from small in-system commuter transports to high-capacity superliners. 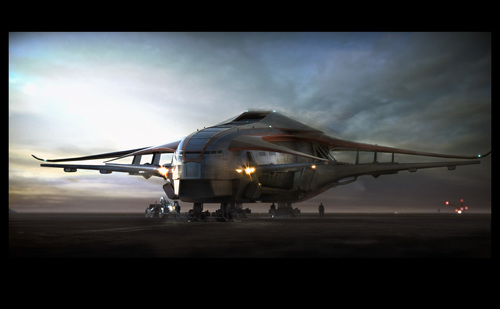