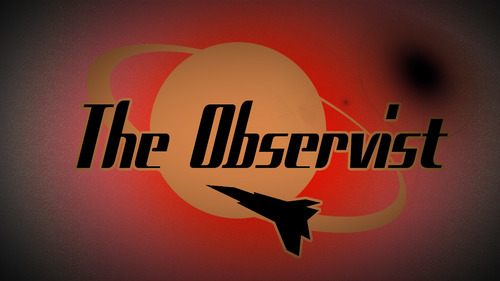 Greetings, traveler! We here at THE OBSERVIST have learned that there are two types of people in the ‘verse: those who avoid dark alleys and those who walk down them. The OBSERVIST DARK caters to travelers looking to explore where safety is not guaranteed.

Discovered by navjumper Carla Larry in 2582, the Nyx system didn’t immediately offer any terraformable planets or overt resource possibilities to Imperial pathfinders. So it laid dormant until QV Planet Services bid to establish mining operations in the system’s asteroid belt.

The initial surveyors turned out be correct and maintaining mining operations ended up being too costly. After being unable to return a profit or even sell their rights, QV abandoned their facilities in Nyx rather than spend the money to dismantle the equipment. However, the mining operation did not stay empty long, as the inaccessibility and seclusion that cost QV Planet Services so much was deemed extremely valuable by certain elements of Humanity.

Carved into the surface of the massive asteroid Delamar is the former QV Planet Services mining facility: a warren of tunnels, support structures, and long abandoned equipment. Originally meant to support a small population of miners and engineers, the barebones station was outfitted with only the essentials and a minimal amount of creature comforts. Despite what it has transitioned into in the years since its construction, walking inside Delamar, surrounded by roughhewn rock and breathing stale recycled air, there is no denying its industrial origins.

In 2618, following the Second Tevarin War, a small group of activists sought to escape the totalitarianism of the Messers and found refuge in Delamar’s vacated mining facility. The remote location seemed an ideal stronghold in which to start again. They named the facility Levski in honor of an ancient Earth revolutionary who shared their dream of an egalitarian society.

As word of this ‘free town’ spread, many anti-Messer activists, intellectuals and pacifists found their way to Levski. They aspired to create an idyllic, leaderless society built around mutual responsibility. Unfortunately, the newly dubbed People’s Alliance engaged in an endless debate over how to achieve their goals.

After descending into a large carved out crater on the surface, most ships make their way to land at ORIGIN-1, managed by Eslin Macken. It’s recommend to use your mobiGlas to record the exact coordinates of your ship upon arrival, unless you like to watch an old man blankly stare while trying to remember where your spacecraft is grounded.

Moving deeper into the asteroid, the first must-stop spot for any visitor is the GRAND BARTER. In classic Levski fashion, this market has no established booth locations. Vendors simply set up their stalls (often constructed from repurposed mining equipment) wherever they can grab a spot, which means there is no guarantee that a vendor around one day will be back for the next. Simply, if you find something of interest, best to buy it right away.

If you are in need of personal weapons and armor, but lack the time or patience to sort through the stalls, then check out CONSCIENTIOUS OBJECTS. The owner, ALEX, is enthusiastic about armed revolution, to put it mildly. Even though Alex talks a lot about “corrupt government pigs,” he can be extremely helpful in upgrading your loadout. Nearby, an excellent assortment of protective clothes and EVA gear can be found at CORDRY’S. The shop’s stoic owner LUTHER CORDRY, a former Behring textile engineer, has modified some of his stock in intriguing ways. Anyone looking for one-of-a-kind stuff should shop here.

CAFE MUSAIN is the perfect place to relax with a drink or quietly conduct business. CLAIR RIOS pours stiff drinks to “grease the gears of revolution.” She is of that special class of bartender who is always imbibing but never drunk. The bar’s dark ambience and RIOS’ respect for privacy makes it an ideal location to steal a quiet moment or two.

Travelers are advised to be extra cautious around the security checkpoints that separate Levski’s residential and public sectors. Do not mistake the armed guards stationed at checkpoints for “police.” Their only mandate is to ensure that visitors do not enter a residential zone. This makes areas near checkpoints a prime location for pickpockets and stick-up artists. Frequently, criminals rob visitors then quickly disappear behind the barricade. Attempting to pursue the offender past a checkpoint will only end badly for you.

Finally, to fully understand Levski, you must visit the hand-carved statue of ANTHONY TANAKA, the boy whose death became a rallying cry for the anti-Messer movement. While there are other sculptures of Tanaka in the UEE, none are as beautifully dark and defiant. Carved in the days after the tragic event, the statue manages to capture the spirit of that bygone era. The nearby walls are still marred by layers of protest graffiti tracing decades of unrest. If Levski can be summarized in one image, the TANAKA STATUE does so, embodying the mix of innocence and anger that still lives in Delamar’s tunnels.