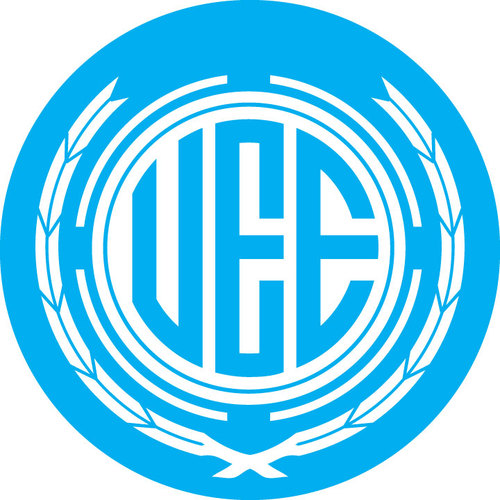 The politics of the UEE which is infested with bureaucratic ignorance and often dangerous self-serving politicians.

But it does represent the bulk of humanity, which is to be defended against alien threats, such as the Vanduul

Here’s a quick guide to the organization of the UEE

Counseled by the High-Secretary and High-Advocate, the Imperator is the figurehead of the government, now bound to a single ten-year term limit.

Due to the massive size of the UEE, there are dozens, even hundreds of political parties but there are three that dominate the political landscape.

Universal Party - Institution-focused ideology. Government and systems will guide the people. Seen by some as a blue-blood, wealth-based ideology.

Centralist Party - Traditional even somewhat libertarian-styled political ideology. It’s about sustaining and maintaining the status quo, and excelling through the values of humanity. Embrace the past, be proud of where you came from, etc. Needless to say, they support keeping Earth as the capital.

Transitionalists (Transits) - Relatively recent “People’s Party” formed around promoting a progressive human agenda. Most of their rhetoric is aimed towards “the future.” They obviously support Terra as the center of the UEE.

Banu Protectorate: Our first Contact. The Banu are generally pretty disorganized, each of their planets is an independent world with its own specific type of government which makes mass interaction a little difficult but probably saved us from antagonizing the whole species during the Messer Era (they just kept out of it). We have occasional border disputes with the Banu, mainly because our criminal element flees across the border and the Banu won’t look, much less try to catch them for extradition.

The Banu’s primary business is trade. It saturates their society. Everything comes at a price, everything can be bought.

Xi’An Empire: Formerly hostile but friendlier now. The UEE has made great strides to try and reconnect with the Xi’An after the tension of the Messer Era (comparable to the United States’ Cold War with the Soviet Union (they were the boogeymen)). As such, the UEE endorses healthy trade across the borders. But old habits die hard, while the UEE is diplomatically friendly, the Xi’An are a heavily armed and organized civilization with long lifespans, we aren’t going to abandon our defenses.

Vanduul: We don’t. Humanity’s entire relationship with the Vanduul has been mired in blood. They have never attempted to contact the UEE in any capacity. The Vanduul themselves are nomadic with fierce infighting between the various enclaves so there isn’t a consolidated government to make peace or war with.

Every so often, a Senator or Diplomat will attempt to “reach out” to the Vanduul. If they’re lucky they can’t find any.

Most politicians just regard the entire Vanduul species as a violent act of nature. They’re just a certainty, like death and taxes. An ugly reality of space.

Kr’Thak: Their existence was only discovered recently. The closest Kr’Thak controlled system lies on the other side of Xi’An Empire. We know very little about them, the Xi’An weren’t keen to share as the two civilizations have unresolved tension, spawning from a multi-century conflict called the Spirit Wars.

The government has not made formal contact with the Kr’Thak as they are afraid it will unsettle relations with the Xi’An. That being said, there are undoubtedly plans of a more covert nature being tossed around but nothing has been attempted as the Xi’An guard their borders with the Kr’Thak with ruthless efficiency.

Government as a Character

When thinking of how the current UEE administration would react to a problem, it’s better to think of it as a single entity and a political spectrum with bureaucracy and autocracy.

The early UPE was mired deep in the bureaucracy side, capitalizing on that public disgust with political stagnation was how Ivar Messer was able to consolidate power. Under the Messer Era, the UEE then swung too far in the opposite direction, becoming the stereotypical ruthless fascist government that seized land, power, and might.

When the Messer Era collapsed the UEE swung back and by the game start has ultimately settled in the middle. The government became fixated on making amends for the awfulness it committed for hundreds of years. The UEE now is a mixture of everything. There are good people doing good things, bad people doing bad things and every combination in between. There are seasoned politicos, idealist do-gooders, the palm-greasers, and crusaders.

So, to use an acting term, the UEE’s motivation is to make amends. Most of its behavior (from the Ark to the Synthworld) are simply extensions of that need. It’s trying (too hard according to some) to appear progressive and totally not evil any more. Seriously, we’re really sorry about that and we’re better, trust us. Joking aside, the UEE is not insincere about this sentiment. It just might be going a little overboard.

Due to the financial strain on the UEE, the unofficial motto for government & military operations has become “do more with less,” which creates an environment for corruption to flourish.

It’s also important to reiterate that diversity is good. This is not a simple black-or-white government (i.e. Empire = evil, Rebel Alliance = good). There are all types operating in every facet and on every level of the SC Universe. So, odds are, there’s a place for whatever kind of character you’re creating.[2]