Learn about one of Star Citizen’s most interesting systems – Stanton, home to some of the most powerful corporations in the UEE. 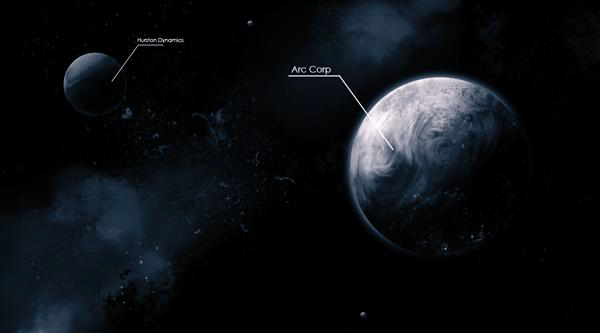 Even without the inevitable Human intrusion, Stanton would have been an anomaly. Boasting a wide green zone and four especially large Human-suitable biospheres requiring limited terraforming, the system is, from a cosmological perspective, unusual. Star systems as purely inhabitable as Stanton are extremely rare. Meanwhile, the divergent ecologies on Stanton’s four worlds are of significant interest to scientists of all stripes.

No one is sure exactly who first settled the Stanton system. All indications are that it was discovered by a free agent trader and that word of the location and its potential riches spread; settlers quickly moved in. When the UEE noticed the system’s existence, the Empire declared Stanton to be a case of eminent domain, citing a need to protect and extend nearby jump lanes. Without formal colonization papers on file, the existing inhabitants had little choice but to abandon their homesteads: prospectors, survivalists and other squatters have little means to protect themselves from the might of a Bengal-class carrier.

The Empire was then stymied. As is often the case, wanting was a great deal more interesting than having. With a down economy in the midst of a hundred-year colonization drought, the UEE had few options for actually exploiting Stanton. After UEE naval engineers conducted the small amount of required terraforming, a series of underfunded military outposts were established and then Stanton sat untouched until the decision was ultimately made to sell the system piecemeal to the highest bidders. Megacorporations were quietly contacted and asked to bid for their own planets. The winners are believed to have flushed trillions into the UEE economy: Hurston Dynamics, Crusader Industries, ArcCorp and microTech. In a remarkable lack of originality, the four worlds are now named Hurston, Crusader, ArcCorp and microTech.

The megacorporations moved in slowly but surely, and the system become fully industrialized. The four worlds are now dotted with factories, corporate headquarters, testing ranges, mines and other company facilities. Only those working for the corporations (or anyone leasing their space) come to live in the Stanton system, inhabiting company towns.

Today, Stanton is a great place to travel if you’re interested in the materials produced by several of the galaxy’s most successful corporations … or if you think you can make a profit shipping these companies the goods they need to keep working. 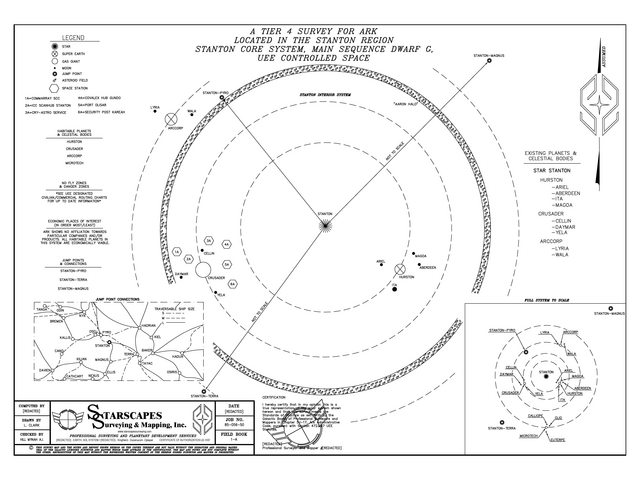 Stanton I is home to Hurston Dynamics, an aristocratic family-run weapons manufacturer which has bled the world dry. Stanton I’s ecosphere has been largely destroyed, with almost all indigenous life killed by the mining and manufacturing processes here. Hurston builds several lines of reliable weapons, and pilots looking for specialized guns might do well to visit here. The planet also produces a variety of munitions which are sold to other companies, and transport assistance is always well compensated. Workers are imported for year-long factory or mining contracts; few choose to re-up. Hurston is always in need of cheap labor and is a good source for traders looking to move antimatter precursors. 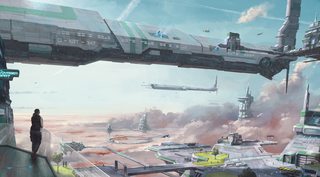 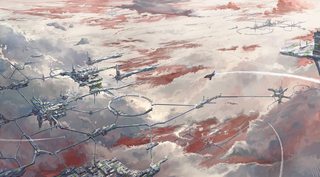 Stanton II is Crusader, called “Cl” by the natives; it is a low-mass gas giant that has an atmosphere which is breathable at high altitudes. Taking advantage of this, the planet became home to a military-constructed latticework of inhabitable floating platforms. The platforms proved to be ideal for Crusader, since normally their large-scale commercial transport ships would otherwise need to be built beyond the atmosphere. Being built in open air allows the cost of these ships to be reduced by almost 40% on the back end, which is often passed along to consumers. Once Crusader Industries took over, these platforms were expanded upon to suit their production needs. The company also built quality housing for their employees in habitats woven into the latticework itself. The portion of the world available to visitors is considered by many to be the nicest port in the system. The shipyards themselves are eerily beautiful, with huge transport ships suspended in mid-atmosphere surrounded by a lighted webbing of Crusader facilities. 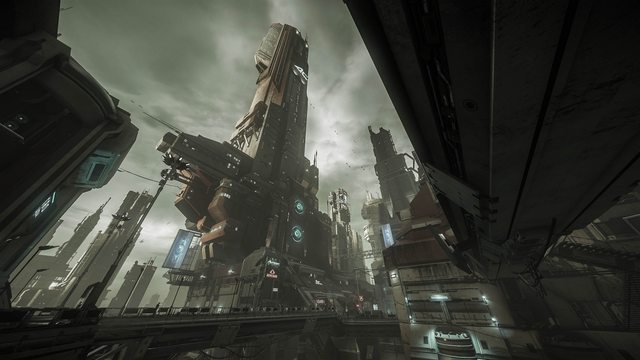 ArcCorp, Stanton III, is the most visually impressive of the worlds today. While the other planets, even polluted Hurston Dynamics, retain some indication of their natural origins, ArcCorp is now nearly an entirely constructed world. Almost all of the terrain has been sculpted, zoned and built upon, leaving very little left for nature. ArcCorp builds fusion engines in bulk for hundreds of thousands of civilian spacecraft every year. Traders porting at ArcCorp are advised that in addition to deals on these engines, they can find just about anything else here. ArcCorp is absolutely indiscriminate about who they lease property to, and hundreds of other smaller companies have made their home near the world’s north polar region. Anthropologists familiar with the Xi’An have posited that ArcCorp is the closest human equivalent to a Xi’An factory world, and many predict that our civilization will someday evolve along the same lines. 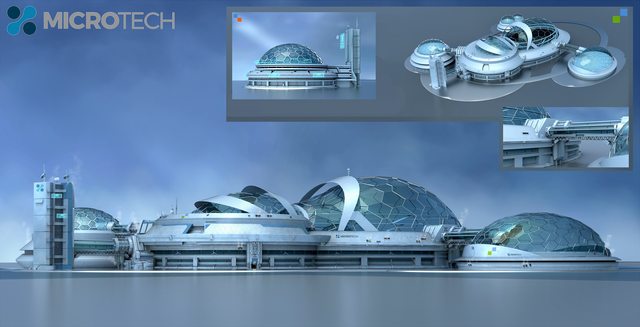 Stanton IV, home to the microTech Corporation, is a large and generally cold planet. The temperature is the result of an error during the UEE terraforming process, which lead to unusually dense cloud production. microTech produces MobiGlas here, a now-standard piece of digital assistive technology used by nearly everyone in the Empire. Although MobiGlas has become their ubiquitous product, microTech manufactures a wide variety of electronics, including those found in ship systems. This world is a good place to start looking for advanced sensor technologies which could provide an edge while dogfighting. Space on the world is leased to smaller companies, including some of microTech’s competitors, which solidified the planet’s reputation as the place for cutting edge tech research and development. Buyouts among successful Stanton IV-based startups are common. Visitors are advised to seek work and cargo news at Wally’s Bar; just don’t ask for Wally.

Visitors should note that while the standard United Empire of Earth penal code technically applies in the Stanton System, the UEE does not police the region. Private squadrons and hired mercenaries belonging to the inhabiting supercorporations enforce their own laws here.

Heard in the Wind

“I am sick of people questioning our right to operate this world. What is a corporation but the extension of the people? A government is elected through votes, while we have been elected by your credits.” - “Colonel” Gavin E. Stanton, quoted in “Purchasing Power.” Terra Gazette 2941.4.21

“It’s a little strange still to be honest. To wake up and watch the sun crest over the horizon, and think, ‘Yup. We own all this.’” - Jess Alfonz, CEO microTech, 2928